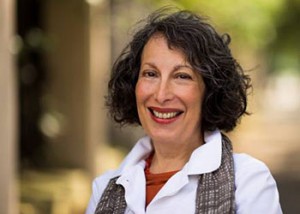 I was born in New York, NY, and studied psychology in the United States, Switzerland, and Austria, earning an MA and a Dr. phil. Since 1978 I have been in private practice and work in English as well as in German with adults, either individually, as couples, or in groups. My training is in Gestalt therapy and group psychoanalysis.

I have chaired the Austrian Association for Gestalt Therapy (ÖVG) since it was founded in 2007, hold membership in the Austrian Association for Psychotherapy (ÖBVP) and the European Association for Gestalt Therapy (EAGT), and draw on many years of experience training Gestalt therapists, group psychoanalysts, and supervisors in Austria and abroad. At the Czech training Institute Gestalt Studia (gestaltstudia.cz) I am an external trainer, and also teach at the International Institute for Gestalt Therapy and Psychopathology in Turin, Italy (ipsig.it). My publications include numerous articles and book chapters in both of my working languages on topics relating to Gestalt therapy, gender, and issues of sociopolitical relevance, and I have served on the editorial boards of several professional journals. In 2016 I edited the book Timeless Experience: Laura Perls’s Unpublished Notebooks and Literary Texts 1946-1985 (cambridgescholars.com; ISBN 978-1-4438-8889-9), which was published in Spanish in 2017 (centrodeterapiaypsicologia.es; ISBN 978-84-946272-0-0) and will be available in German in July 2017 (psychosozial-verlag.de; ISBN 978-3-8379-2702-3). L’Exprimerie is preparing a French edition. I co-edited the anthology Creative License: The Art of Gestalt Therapy (springer.com; ISBN 978-3-211-83901-0) in 2003, which was published in German (springer.com; ISBN 978-3-211-27091-2) in 2006, in French (exprimerie.fr; ISBN 978-2-913706-37-1) in 2006, and in Italian (libreriacortinamilano.it; ISBN 978-88-464-8831-2 ) in 2007.